2019 is shaping up to be the most significant year in the marijuana reform movement to date and it’s a testament to one thing: That people just like you are getting involved and changing laws.

Only two months into the 2019 legislative session, with 45 NORML Lobby Days on the books, legalization proposals are swiftly moving forward in states across the country. Irrespective of geographic location or political ideology, lawmakers everywhere are beginning to realize that now is the time to take action on marijuana law reform.

This is not by accident. The power that we have built over the last 49 years is cresting and the end of prohibition is finally in sight.

Every day, NORML Chapters from around the country invest countless hours in advocating for meaningful marijuana law reforms on the local, state, and federal level, Below are just a few highlights of the incredible work being done by NORML leaders throughout America. 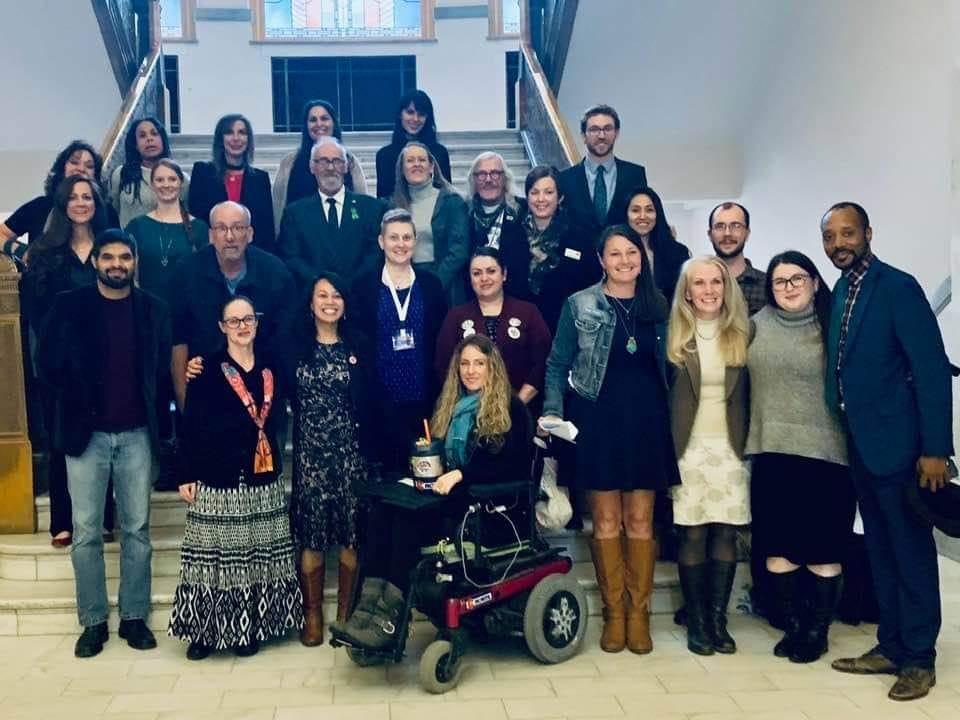 Colorado NORML and Denver NORML headed to their state capitol to advocate for a range of consumer issues that are facing residents, from employment discrimination to evidence-based impairment detection.

“We already have the language written out, so with the Democratic leadership in the House and Senate, we’re confident we can get it passed,” Director of Colorado NORML Ashley Weber told Denver Westword. 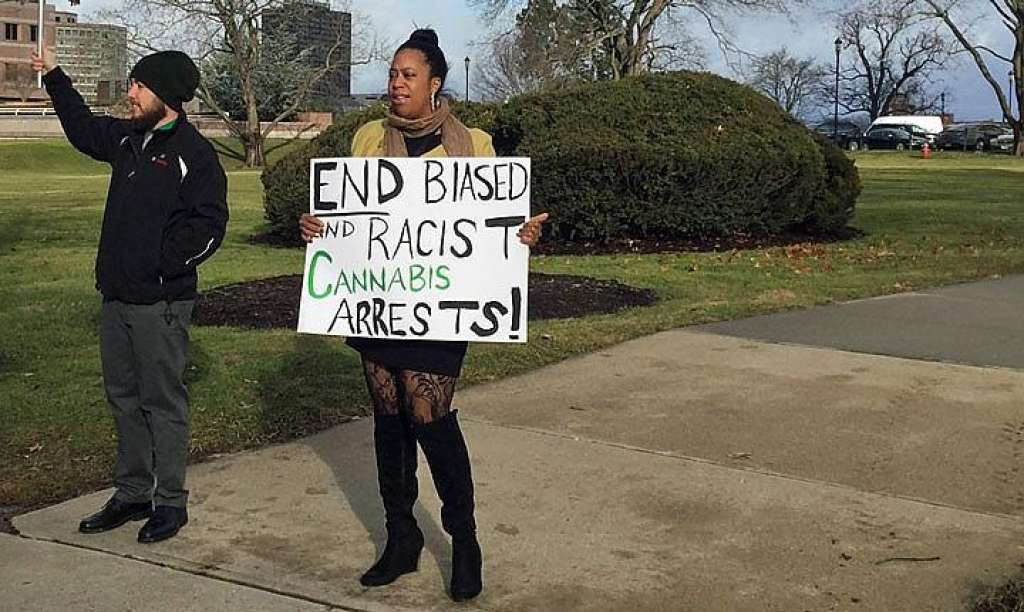 Connecticut just elected their first Governor who is supportive of reform and NORML leaders didn’t waste any time in spreading the word to the state legislature.

“It seems like there’s some general support, especially from the Democratic side, but there’s some support from Republicans — it doesn’t look like there’s much. It seems like many at this point are looking for information to be more educated, which is great. I think now they notice that the support is growing very quickly.” Brian Essenter with Connecticut NORML told The Connecticut Post. 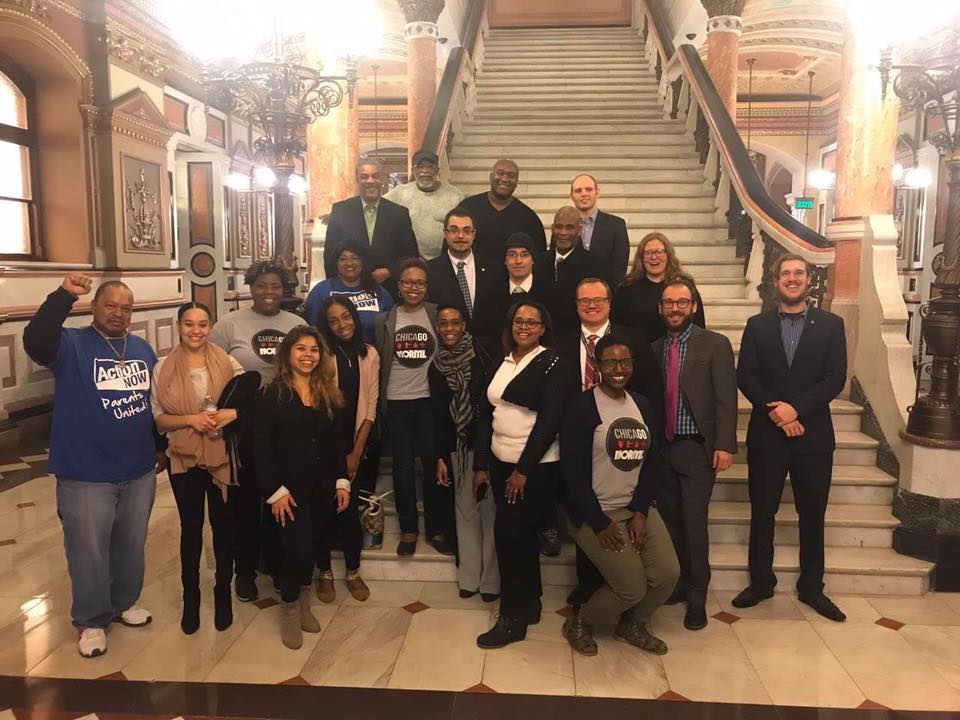 Two great chapters in the Land of Lincoln teamed up to take the message of legalization to Springfield in February.

“We also think it would be good for consumers to be able to cultivate their own cannabis, as well as to have a cap on the licensing fees for the new businesses that would be created by that legislation.” – Dan Linn, Director of Illinois NORML told The Chicago Sun Times

“We started Chicago NORML because we did not see enough people who looked like us in the industry or at industry events. We also did not see any outreach happening in our neighborhoods on the South and West sides so we decided to make a change.” – Edie Moore, Director of Chicago NORML profiled Rolling Out 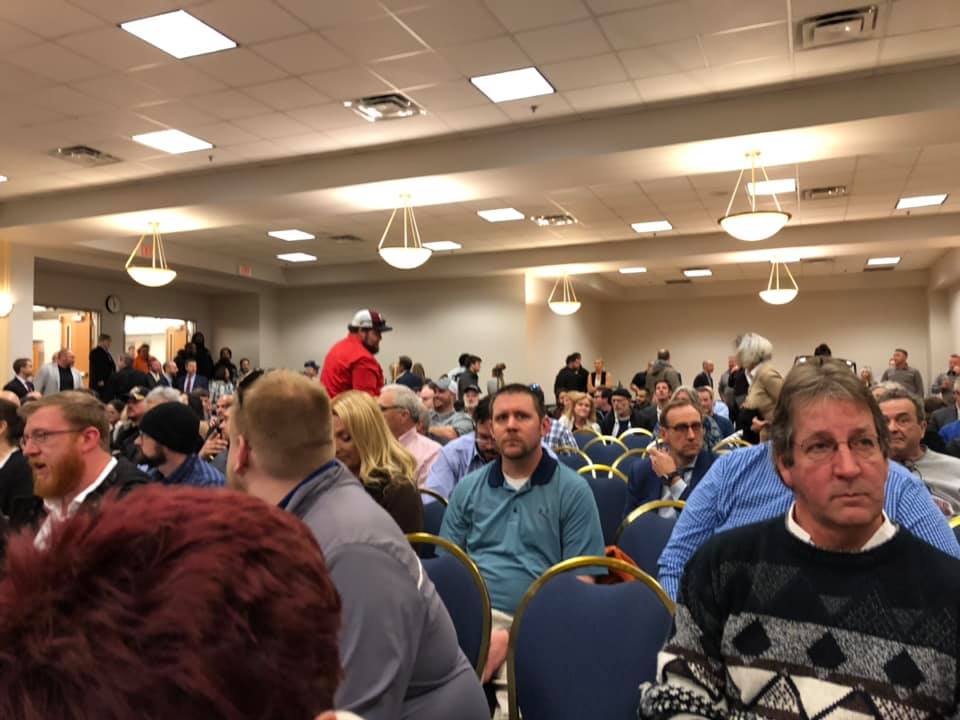 NORML Chapters from across Missouri will be meeting in Jefferson City for a second round of lobbying since voters approved Amendment 2 last November. With more than a dozen marijuana-related bills pending before the Missouri General Assembly that could have a major impact on the implementation of the state’s new medical marijuana law, advocates have been working overtime. In addition to fighting to defend the privacy of medical marijuana patients, advocates are also educating lawmakers about the discriminatory nature of drug testing and the benefits of impairment detection to address workplace safety.

“A drug test for marijuana does not detect active THC. It detects the presence of the inactive by products of the metabolization of THC,” Missouri NORML Director Dan Viets told KOMU News. 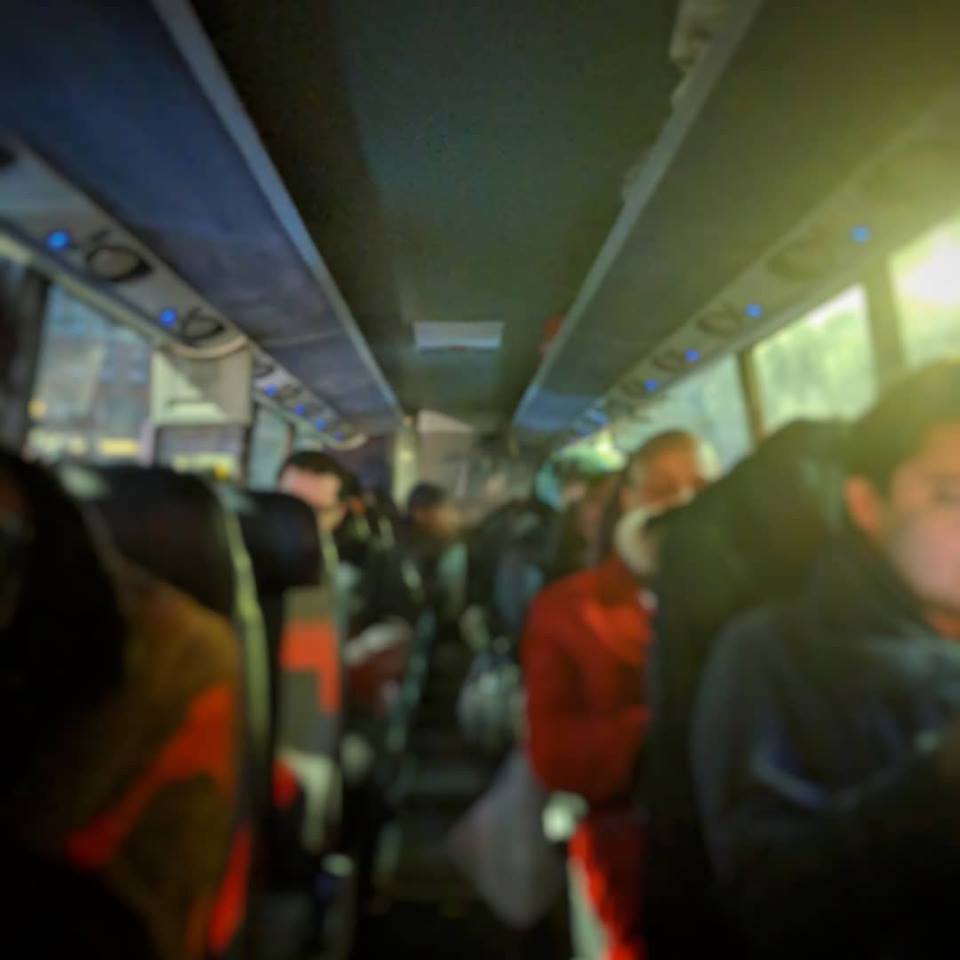 Multiple chapters throughout the Empire State teamed up and filled buses to travel to Albany to push for legalization and are actively fighting against industry interests that seek to preemptively consolidate the market and restrict the right for consumers to legally home grow.

In a profile piece in Crain’s New York: “The National Organization for the Reform of Marijuana Laws, started in 1970 with funding from Playboy magazine, represents the old guard of legalization advocates. But in recent years NORML has adopted the social justice rhetoric and priorities of newer groups. Its New York leader, David Holland, has reservations about Gov. Andrew Cuomo’s Cannabis Regulation and Taxation Act. It fails to expunge the records of those convicted under current laws, bars individuals from growing any amount of their own weed, centralizes power and discretion in the Office of Cannabis Management and leaves apparent “wiggle room” for large national and international firms to dominate the market by establishing operations that grow, distribute and sell the product.” 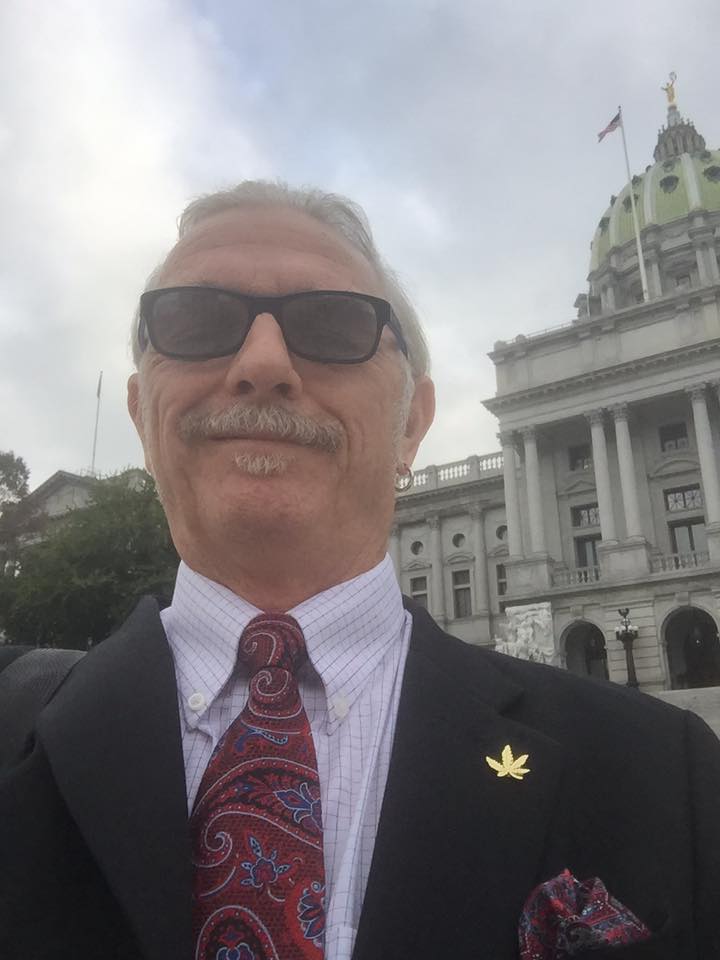 Keystone State activists from NORML chapters around the Commonwealth have been lobbying their elected officials in Harrisburg and around the state in partnership with Lt. Governor John Fetterman as he is currently on a statewide listening tour.

“I think the impact (of legalization) will be even bigger than they’re talking about, not only in terms of revenue creation and job creation, but also in taking these cases out of the criminal justice system so law enforcement and court resources can be more appropriately directed toward violent crime and trying to deal with the opioid crisis,” Pittsburgh NORML Director Patrick Nightingale told the Pittsburgh Trib Live. 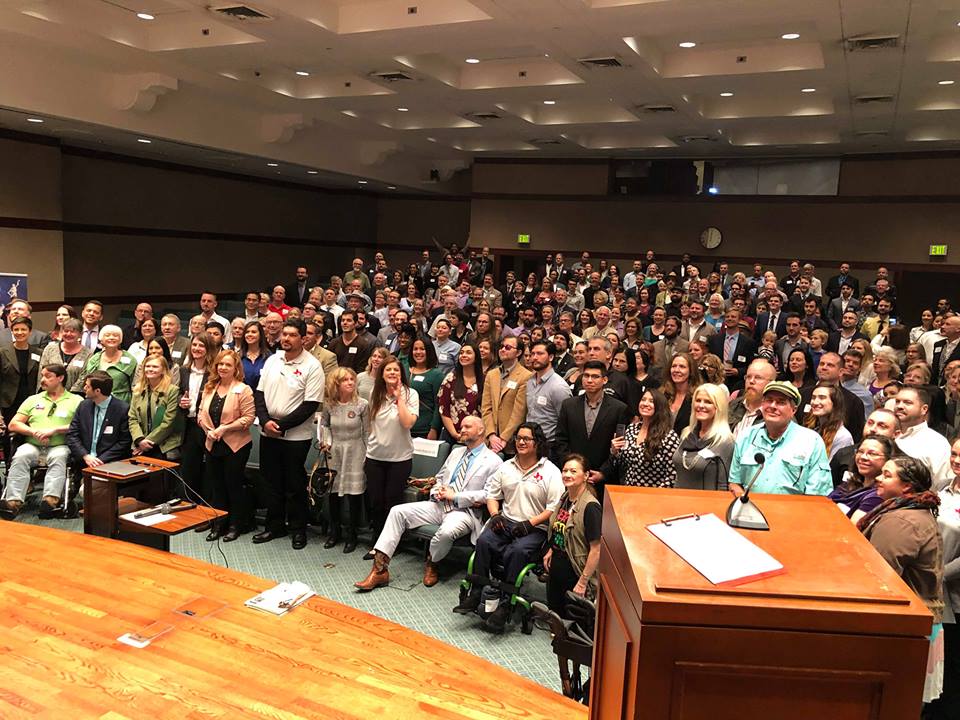 Texas NORML has held multiple lobby days already, bringing in hundreds and hundreds of advocates to move the Lone Star State out of the dark ages and create a compassionate medical program and end the practice of locking up marijuana consumers.

“I remember when legislators laughed,” But this year, she says, “There will be change.” – Texas NORML Director Jax Finkel told the Dallas News.

“We are not criminals, we don’t’ want to be treated as criminals, we are patriots, we are voters, we business people and we believe we have earned the right to medical freedom to choose a natural plant instead of pills,” – David Bass, Texas NORML’s Director of Veterans Outreach told CBS KWTX 10. 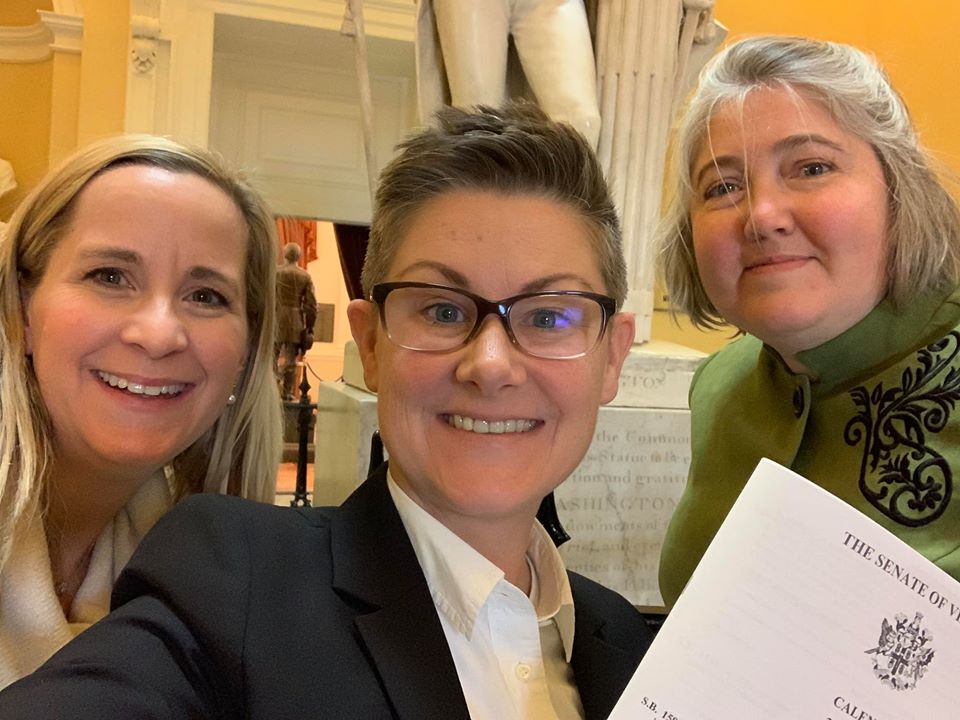 “I fight because when I told my son about today, the first thing he said with legitimate fear in his voice was, ‘Mom, you can’t tell them those things. You can’t tell them about Maddie’s medicine. Cannabis is illegal. I need you; you can’t go to jail,’” – Melanie Seifert Davis, member of Virginia NORML in The Henrico Citizen

It’s our privilege at NORML to work in support of the tireless efforts of our amazing local NORML Chapter Leaders. By providing critical resources, technology, data, political context, and training for fearless citizens stepping up to engage in the democratic process, we will reach our goal of ending federal prohibition in the manner that best serves the interests of consumers and those who love them.

But we will only do it together.

You can get your 2019 membership card now by making a one-time contribution of $35 or more to invest in a brighter and freer future.

Can’t make a $35 contribution now but want to get a membership card? You can also sign up for a recurring contribution of just $5 a month or more and you’re in.